CMK SELECT
KPIs, or key performance indicators, are critical to the success of a pharmaceutical product launch. By their very definition, KPIs are measurable values that demonstrate how effectively a company is achieving their business goals – in this case, a successful product launch. Of course, there are many KPIs that can be tracked over the course
CMK SELECT
43 Route 46 East, Suite 705 Pine Brook, NJ 07058 USA 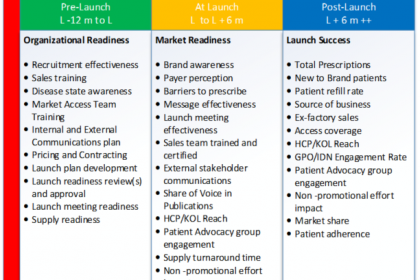 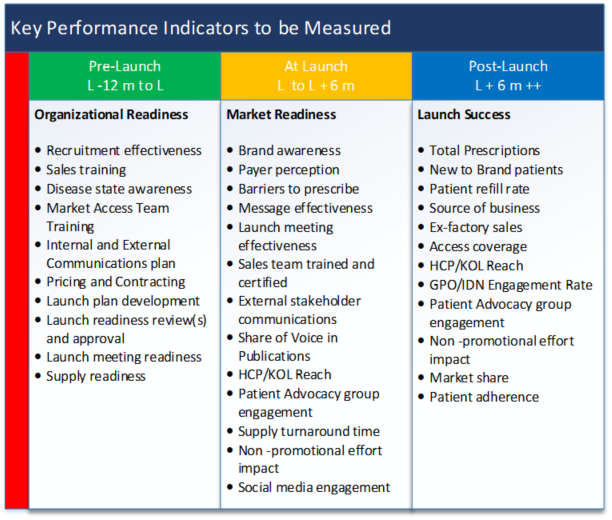 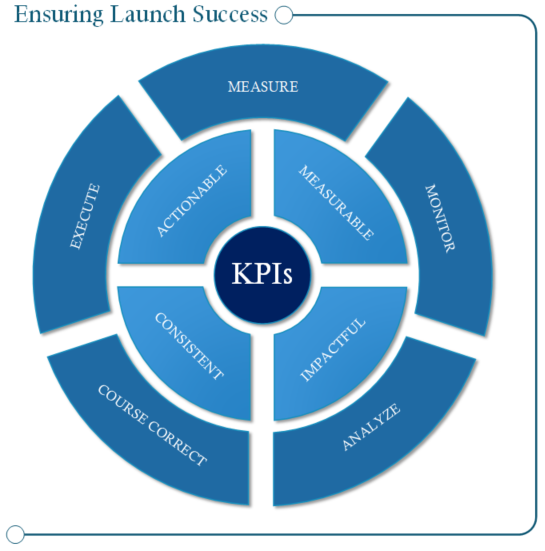 KPIs, or key performance indicators, are critical to the success of a pharmaceutical product launch. By their very definition, KPIs are measurable values that demonstrate how effectively a company is achieving their business goals – in this case, a successful product launch. Of course, there are many KPIs that can be tracked over the course of a launch, but only a handful are truly vital for measuring the overall success of your product’s introduction into the marketplace.

Ideally, eight to 10 KPIs should be identified for each of the three product phases: pre-launch, at launch and post-launch. These KPIs will provide true success measures of the overall launch and – eventually – of brand performance.

WHAT TO MEASURE DURING EACH PHASE:

Once the individual pre-launch, at launch, and post-launch KPIs are established, they are then tracked, monitored, measured, and assessed. At the end of each phase, the resulting data is evaluated, which allows the launch team to clearly quantify a product’s success.

We recommend measuring the following KPIs across each of the pharmaceutical launch phases:

When examining recent pharmaceutical launches – ones that have hit the marketplace over the past few years – there are several clear examples of unsuccessful product launches, and many of them have the same thing in common: critical KPIs were not set, measured, or tracked.

Gazyva received approval from the FDA in November 2013 for a breakthrough therapy designation. Because of the strong safety and efficacy review during clinical trials, the FDA requested that Genentech accelerate the launch of Gazyva by six weeks. This was a struggle for their team because they did not have a supply readiness KPI in place to ensure that supply was available when required. Ultimately, the product launch team worked closely with its internal teams and the FDA to obtain the necessary supply, and they launched earlier than planned, but it was more of a challenge than it needed to be, due to the lack of a supply readiness KPI.

Toujeo, insulin glargine U300, was approved by the FDA in February 2015 and launched in April 2015 to the same patient segment that currently was prescribed a drug called Lantus. PCPs prescribed Lantus to patients for whom they were not comfortable giving a higher concentration of insulin.

At the time of the product launch, Sanofi decided to stop promoting Lantus in favor of the newer drug. Meanwhile, despite price parity between the two medications, physicians were skeptical of Toujeo’s mechanism of action. As a result, Sanofi lost market share to competition, and a year later, the pharma company ultimately had to re-introduce Lantus due to the unsuccessful launch of Toujeo. Had a launch readiness KPI been in place for this product portfolio, Sanofi could have avoided the negative impact on its business.

If you need any help defining KPIs or understanding what KPIs would be beneficial for your business, CMK Select can help you.